Hello! My name is Synne. My brother, Bml93, introduced me to this site. Movies and TV Shows are precious to me.


NOTE! I did not watch this movie in 3D.

My English teacher took my class to the movie theater to watch The Great Gatsby. In my English class, I had to read the novel and write an analysis about it. F. Scott Fitzgerald’s novel The Great Gatsby is considered as one of the greatest English written novels of the 20th century. I was really looking forward to watch Baz Luhrmann’s adaptation of the novel, but I had my worries. Would the story and the characters fade away into all the visual effects?

I did not need to worry at all. The Great Gatsby is truly amazing! It does remind me of Moulin Rouge. Both movies have a male narrator and glancing visuals effects, but the stories take place on different locations. Baz Luhrmann has his own style in creating movies. His use of gorgeous colors and theatrical details has become his main signature. The scenes with the big parties look incredible! The scenery is marvelous and the colors are ravishing.

Before watching the movie, I was rather skeptical to the soundtrack. I do not fancy pop music and artists like Jay Z, Beyoncé and Kanye West. However, I thought the music worked very well in the movie. It managed to capture the emotions and the different situations. What I also liked was that the soundtrack did not only include pop music, but also songs influenced by jazz.

Leonardo DiCaprio had perhaps the toughest challenge. Jay Gatsby is one of the most mysterious and complex characters ever created. You keep thinking to yourself while reading the novel or watching the movie; who is Gatsby? Leonardo DiCaprio did a fantastic performance! He was the perfect Gatsby. I personally think that no one could replace him. He managed to keep Gatsby’s mysterious characterizations. His movements, expressions and way of talking were absolutely mesmerizing to observe. When I watched him on the screen, I also realized how manipulating Gatsby really is. I think it comes from his infatuation with Daisy.

“Can’t repeat the past? Why of course you can!”

I think Tobey Maguire did a great job. I have read several complaints and criticisms about him, but I disagree with them. I felt he was Nick Carraway as the way he was described in the novel. He never dominated the action in the movie. He was standing on the sideline and observing the other people. He could sometimes sound pretty flat and monotonic, but overall I think he deserves more credits than he has received.

Daisy Buchanan is one character I simply do not like. She is shallow, fickle, sardonic and self-absorbed. I did not get any sympathy for her when I read the novel or when I saw the movie. Carey Mulligan had some great characterizations and she fitted very well to play the role.

I am grateful that Baz Luhrmann used the symbols from the novel. When the green light approached on the screen at the beginning, I felt a sting in my heart. The green light symbolizes hope and obsession. For Gatsby, the green light symbolized his infatuation with Daisy. Although that the green light was not far away from him, it still felt far from his reach. Even when Daisy was close to him, he could never have her true love. Not to forget the billboard eyes of Doctor T. J. Eckleburg. The eyes symbolize the loss of the old values in America. They represent God who is looking down with his empty eyes on those who have abandoned the old values in the search for material luxury and wealth.

The Great Gatsby is a brilliant piece of emotions and visual delights. One recommendation; you should read the novel before you watch the movie!

0 comments, Reply to this entry

Dessollié
Posted: 4 years, 5 months ago at Dec 18 14:27
Hi I don't know if you are interested in polls,if you are check out Your favourite VSFS Outfit? Blade Runner:
www.listal.com/list/-5672

Dessollié
Posted: 6 years, 9 months ago at Jul 30 9:07
Hi I don't know if you are interested in polls,if you are check out Your favourite VSFS Outfit?Femme Fatale:
www.listal.com/list/-prettybitch 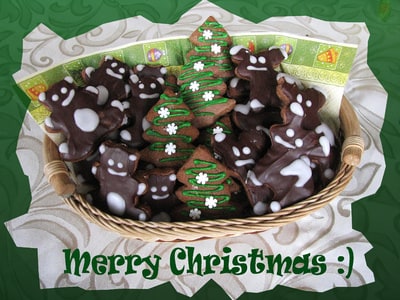 I am M
Posted: 7 years, 9 months ago at Aug 5 9:37
hey friend , have a look on my new list
hope u like it
www.listal.com/list/disney-princesses-silhouette
thanks for ur time

As always, thanks for ALL the votes and comments

and HBO/FOX Party
www.listal.com/list/hbos-annual-emmy-awards-2013
As always, thanks for ALL the votes and comments!